This year I am going to blog my reading progress more thoroughly. I think it will be great to be able to look back over my year, and I would love people to join in and other any recommendations.

I am going to start as I mean to go on and have selected three books that I hope to complete this month. I tend to read based on my mood, so if I don’t read some of these I am sure I will read alternatives.

The three books I’ve picked also follow a gorgeous colour scene, maybe I picked them on a subliminal level.

Dunvegan School for Girls has been closed for many years. Converted into a family home, the teachers and students are long gone. But they left something behind…

Sophie arrives at the old schoolhouse to spend the summer with her cousins. Brooding Cameron with his scarred hand, strange Lillias with a fear of bones and Piper, who seems just a bit too good to be true. And then there’s her other cousin.
The girl with a room full of antique dolls. The girl that shouldn’t be there. The girl that died.
.
A Monster Calls by Patrick Ness

Conor has the same dream every night, ever since his mother first fell ill, ever since she started the
treatments that don’t quite seem to be working.
But tonight is different.Tonight, when he wakes, there’s a visitor at his window.It’s ancient, elemental, a force of nature. And it wants the most dangerous thing of all from Conor.
It wants the truth.

Of Fire and Stars by Audrey Coulthurst

Betrothed since childhood to the prince of Mynaria, Princess Dennaleia has always known what her future holds. Her marriage will seal the alliance between Mynaria and her homeland, protecting her people from other hostile kingdoms. But Denna has a secret. She possesses an Affinity for fire—a dangerous gift for the future queen of a land where magic is forbidden.

Now Denna has to learn the ways of her new kingdom while trying to hide her growing magic. To make matters worse, she must learn to ride Mynaria’s formidable warhorses before her coronation—and her teacher is the person who intimidates her most, the prickly and unconventional Princess Amaranthine, sister of her betrothed.

When a shocking assassination leaves the kingdom reeling, Mare and Denna reluctantly join forces to search for the culprit. As the two work together, they discover there is more to one another than they thought—and soon their friendship is threatening to blossom into something more.

But with dangerous conflict brewing that makes the alliance more important than ever, acting on their feelings could be deadly. Forced to choose between their duty and their hearts, Mare and Denna must find a way to save their kingdoms—and each other.

I also have two books that I intend to read on my Kindle over the next few months, I only read my Kindle on the bus to and from work so I do not read these books very quickly.

Harvard professor Robert Langdon receives an urgent late-night phone call while on business in Paris: the elderly curator of the Louvre has been brutally murdered inside the museum. Alongside the body, police have found a series of baffling codes.

As Langdon and a gifted French cryptologist, Sophie Neveu, begin to sort through the bizarre riddles, they are stunned to find a trail that leads to the works of Leonardo Da Vinci – and suggests the answer to a mystery that stretches deep into the vault of history.

Unless Langdon and Neveu can decipher the labyrinthine code and quickly assemble the pieces of the puzzle, a stunning historical truth will be lost forever…

The Back Rabbit Literature Society by Pasi Ilmari Jaaskelainen

A highly contagious book virus, a literary society and a Snow Queen-like disappearing author ‘She came to realise that under one reality there’s always another. And another one under that.’ Only very special people are chosen by children’s author Laura White to join ‘The Society’, an elite group of writers in the small town of Rabbit Back. Now a tenth member has been selected: Ella, literature teacher and possessor of beautifully curving lips. But soon Ella discovers that the Society is not what it seems. What is its mysterious ritual, ‘The Game’? What explains the strange disappearance that occurs at Laura’s winter party, in a whirlwind of snow? Why are the words inside books starting to rearrange themselves? Was there once another tenth member, before her? Slowly, disturbing secrets that had been buried come to light… In this chilling, darkly funny novel, the uncanny brushes up against the everyday in the most beguiling and unexpected of ways.

What are your January TBR?

Books, Beauty, Lifestyle. Welcome to my little space on the internet!

HAPPY BIRTHDAY to my best friend and no. 1! 🍰🎂 . I cannot believe my little man is 2, where is time going 😅 . . #happybirthday #birthdayboy #2ndbirthday
MINIMAL 💗 I'm finally picking this up by @madeleineolivia . I am always trying to be more sustainable, and am the furthest from living minimal (hello many books @tali.reads). However, I am constantly trying to become a better person and learn more . . #makebetterchoices #sustainability #sustainableliving
HOW DID YOU GET SO BIG? 😭And just like that he went for a 'settling in' hour at pre-school . There was nerves (me), puddle splashing (him) and tears (him at pick up). Safe to say he loved it, and is going to be fine when he starts in a couple of weeks. . . #allgrownup #preschool #togetherinmamahood
🎵 I'M FEELING 32 🎶 I used to stress about getting older, worrying I wasn't where I was 'supposed' to be. Now I know better, I am exactly where I need to be! . Now I've stopped worrying about what isn't I can enjoy what is and focus on the important stuff; taking time out to read, learning to enjoy the 'mundane' and being a good patient role model for my little man. . How old are you this year? What would you say to your younger self? . . #birthday #birthdaygirl #im32 #bestself #selfcare #nofilter #imgoodenough
BOOK JOURNAL 📚 Did you see my new blog post this week? I'm sharing my book journal 📖 . Do you have one? What does yours include? . Link in bio to blog post ☝️ . . #bookworm #bibliophile #bulletjournal #bujo #bulletjournaling #bulletjournalforbooklovers #bujoforbooklovers #reading #readingjournal #bookjournal #tbr #monthlywrapup #bookreviews
NEW 📚 I am loving my new bookcase. It is so exciting to finally have my books out of storage after 4 long years! As a celebration I am planning on reading 52 books this year and am using the #popsugarreadingchallenge2020 as a help for prompts! . Another plan of mine this year to to try and get through my #unreadshelfproject2020 and read all the books I own, or give away any I wont read! . How is your 2020 going? I am hoping to be alot more active on @tali.reads this year, so follow me there for book stuff! . . #bookworm #readingagain #clearmyshelves #reading #bibliophile #52bookchallenge #52bookchallenge2020 #pushyourself #bookstagram #bookshelf #booktube #books 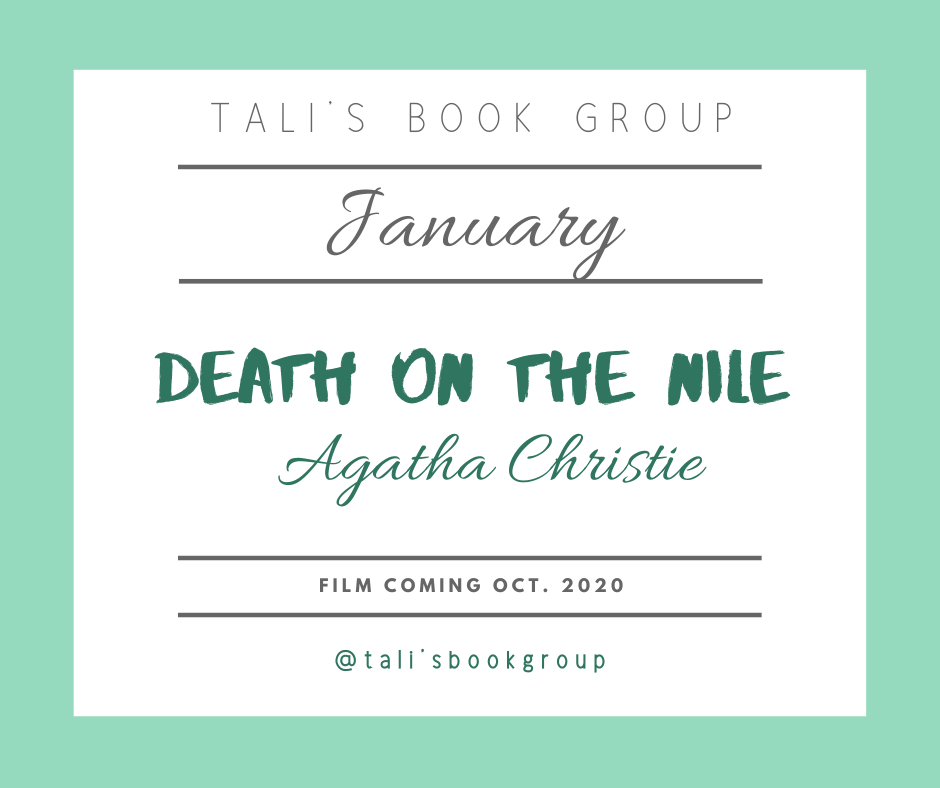 How do you sort/style your bookshelf? . I have them in genre and then alphabetical, but I have little pockets of colour themeing like this pile of borrowed books I have 💙 . . #bookshelf #bookshelfie #bookstagram #bibliophile #bookworm #greenbooks #bluebooks #whatdoyoustyleyours
I started and finished #theotherpeople by #cjtudor this weekend. I could not put it down! #chalkman has jumped up my TBR list now 😊 . I read this for the @literallydeadclub . What have you been reading this weekend? . . #reading #bookstagram #bookclub #bibliophile #bookworm #literallydeadbookclub
My ever expanding #tbrpile . My TBR is always a mix of physical books, e-books and audio . Do you see any books you love? What's in your #tbrstack ? . . #bookshelf #bookworm #tbr #febtbr #tbrfeb #readingmore #thehauntingofhillhouse #shirleyjackson #theotherpeople #cjtudor #theeyeoftheworld #robertjordan #wheeloftime #wheeloftimeseries #wearestilltornadoes #michaelkun #susanmullen #harrypotter #harrypotterandthecursedchild #jkrowling #classichorror #fantasy #highfantasy #horror
I love the cover for my current read. This is my first #isaacasimov and am quite enjoying it so far. . Have you read #irobot? . . #currentread #robot #asimov #scifi #scifibooks #robotbooks #fantasy #fantasybooks
Some of February's TBR. I'm am really enjoying reading again, and challenging myself with different genres. I'm using the #popsugarreadingchallenge2020 prompts as well as the #bookriotreadharderchallenge2020 . This month I have 9 in my TBR list. I am feeling cautiously optimistic that I can do it! . What are you reading this month? . . #reading #bibliophile #bookworm #horror #horrorbooks #scifi #scifibooks #fantasy #fantasybooks #thehauntingofhillhouse #shirleyjackson #isaacasimov v #irobot #thegiver #loislowry #thegiverquartet #februarytbr #february2020
BOOK JOURNAL 📚 Did you see my new blog post this week? I'm sharing my book journal 📖 . Do you have one? What does yours include? . Link in bio to blog post ☝️ . . #bookworm #bibliophile #bulletjournal #bujo #bulletjournaling #bulletjournalforbooklovers #bujoforbooklovers #reading #readingjournal #bookjournal #tbr #monthlywrapup #bookreviews